For those of us who love to network and those who may lean more towards the shy side or even nervous when you go to any networking event, it’s a “human factor” when we say we all don’t network as well as we could.

From time to time, we’re bound to make a networking mistake and ask ourselves, “Did I say the right thing?”, “Whoops, that didn’t come out right …”, or “Oh, I forgot to bring/do/say this …”

That’s our point, and that’s why we wrote this book. 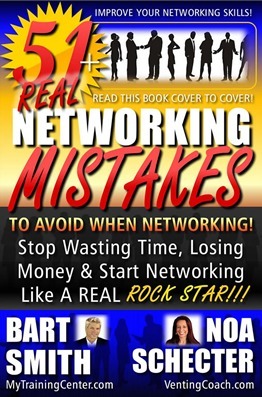 PART I: BEFORE YOU GO NETWORKING

PART II: WHILE YOU ARE NETWORKING

PART III: AFTER YOU GO NETWORKING

Noa and Bart go over all of these topics in the book and much more:

… what kind of marketing materials to bring!

… how to prepare for the event!

… what to bring to the event!

… what to do with your business cards!

… what to do with your car!

… our checklist to review BEFORE an event!

… what to do with your tech devices!

… we talk about how to pictures!

… how many pictures to take!

… talking less; invoking mystery about yourself!

… making introductions to others!

… documenting (and how) about conversations!

… how to hand out your marketing materials!

… how to sell at any event without selling!

… what to say at the very end of an event!

… what to do at the very end of an event!

… what to do after every event!

… what you should review after every event!

… how to create a system for follow-up!

… what to do with new contacts after an event!

… what to do with social media after an event!

… what to do before your next event!

Whether you network for fun, personal and/or business, this book is for anyone who seriously wants to maximize and capitalize on their networking efforts time and time again Bart and Noa do!

Bart is the author of several books on business, marketing, coaching, personal development, relationships and, yes, … networking, called My Networking Tactics! With his online training website, MyTrainingCenter.com, he trains small business owners about web design, marketing, and more! One of Bart’s passions (and businesses) is baking the world’s best chocolate chip cookies since 1988. Really, check it out and order some at BartsCookies.com!!!

COAUTHOR BIO: Noa has spent most of her life helping others, both personally and professionally. As a certified iPEC Coach, NLP Master Practitioner and educator, Noa coaches and mentors adolescents, teens, and adults in many forms and settings on the topics they need help with. Noa helps them find the solutions they need to live a more peaceful, even prosperous, life.

Noa serves her clients in the areas of breakthroughs, self-esteem, confidence, relationships, and communication. She also conducts trainings in group format or invites individuals who just need to vent at VentingCoach.com. You can learn more about Noa and all her coaching and training services at NoasCoaching.com and Tala.life.

Q1: What motivated you to write this book? What kind of mistakes did you make when you were networking?

Q2: What kind of mistakes do you see people making when they go networking? What stands out?

Q3: What’s the #1 mistake people make BEFORE, DURING and AFTER they go networking?

Q4: What’s something people forget to DO when they network that they should or should NOT do?

Q5: What’s something people forget to SAY when they network that they should or should NOT say?

Q6: What’s your background (each of you)? How did you get to really love networking?

Q7: Why should someone get your book? What will they get out of it?

Q8: How can people get your book and is it available in eBook and audio form?

The print, eBook and audio version of Bart and Noa’s book, 51+ Networking Mistakes, at his website: BartSmithWorld.com 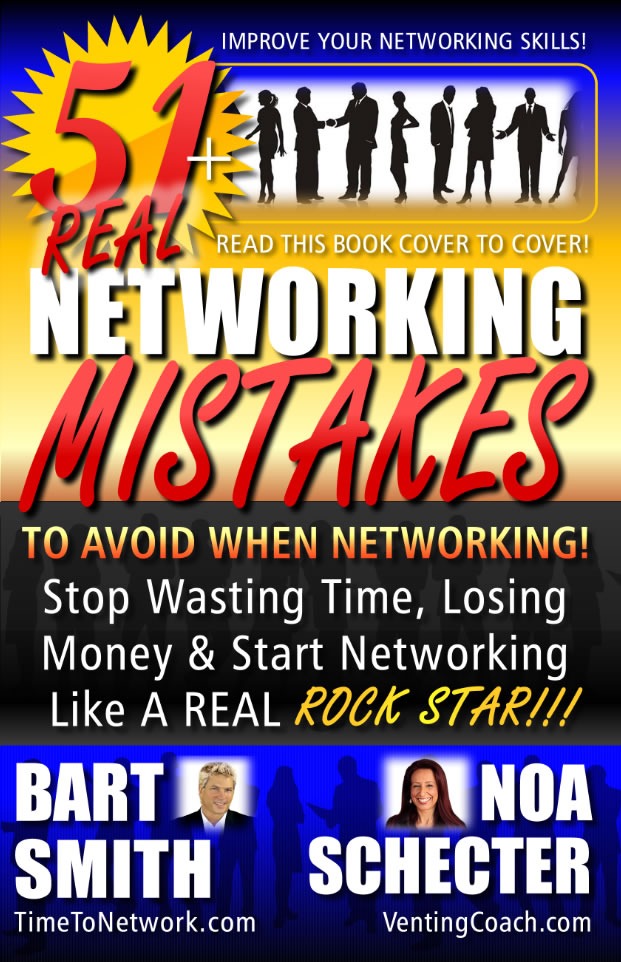 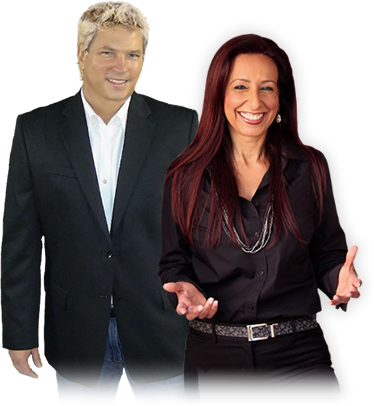 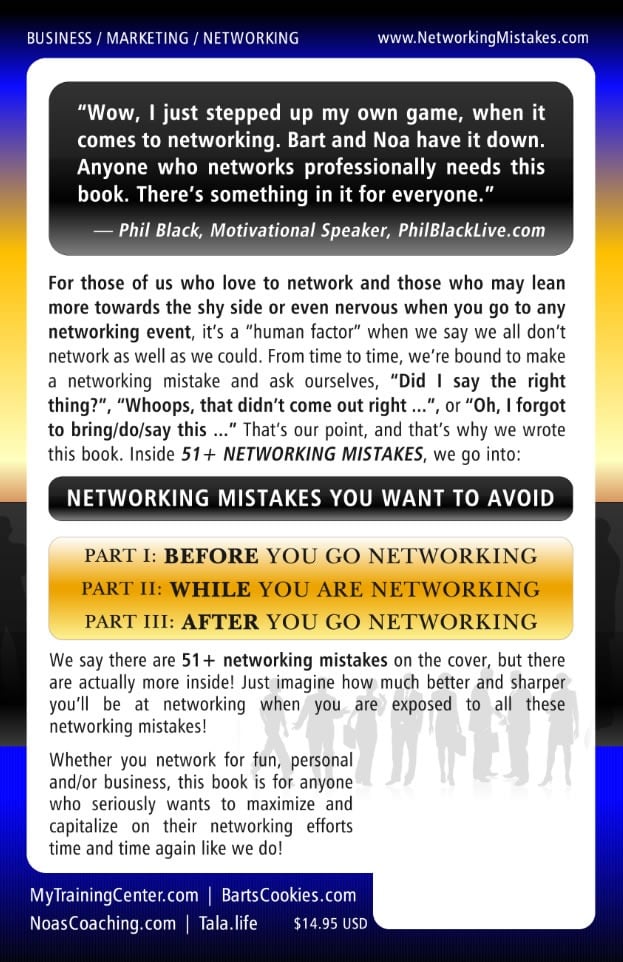